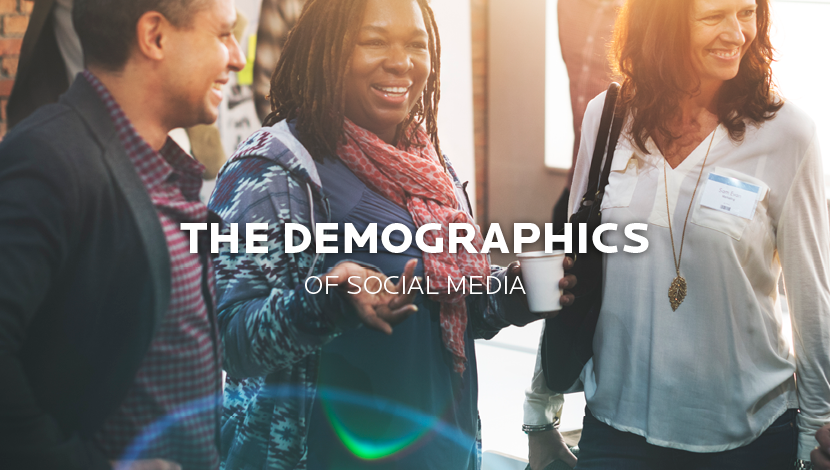 All the different social media platforms, combined with limited time and budgets, make it a challenge to determine which channels are right for your business and which channels your target audience is present on.

The Flint Group helps businesses and organizations of all sizes determine which social channels they should be using and how they can optimize messaging to maximize impact.

Each social channel has a different demographic and intended use. For the best return on investment, you’ll want to ensure that the channel’s usage matches your content and your audience.

Breaking down the social media channels

These demographic facts can help you select channels to use:

According to this Pew Research Center report , as of November 2016:

Key takeaway: Facebook is ubiquitous. If you want to reach your target audience, they are most likely on Facebook.

Key takeaway: Twitter can be a crowded place with so many things vying for its users attention. Adding images to your posts can help grab attention and cut through the clutter.

Key takeaway: LinkedIn is great for companies working in B2B industries. Joining and engaging in groups is a perfect way of finding your target audiences.

Key takeaway: Instagram is a key platform for younger audiences and it is consistently adding new functionality for marketers.

Key takeaway: While Snapchat has typically skewed the youngest of all the major platforms, it likely won’t remain that way for much longer.

Each social media outlet has it’s own nuances and users can vary significantly from platform to platform. For companies to make the most of their activities, they should ensure that content plays to the platform’s strengths and demographic. Square pegs don’t fit into round holes, so remember that you don’t have to be present on every social media channel if it’s not a good fit for your business.