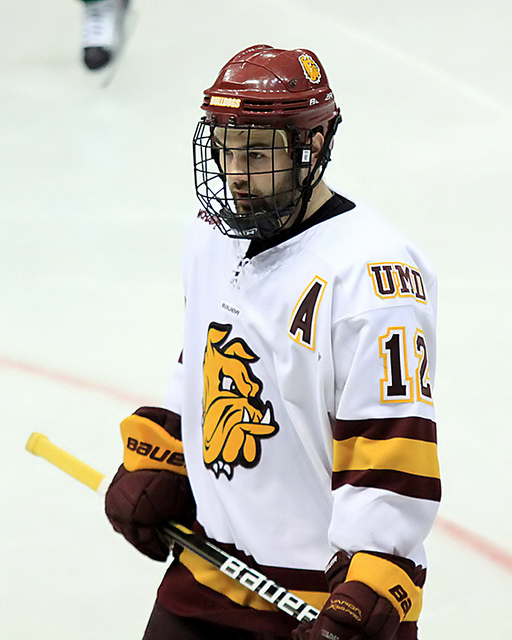 Maybe it’s because several of our agencies are in the NHL-coined State of Hockey. Or maybe it’s because some of us are former college and professional hockey players. Whatever the reason, hockey is part of the Flint Group culture.

With a deep-seated passion for the puck, we were stoked when University of Minnesota Duluth Athletics asked us to create a microsite to help its star hockey player, Jack Connolly, win the Hobey Baker Memorial Award.

The award is given to the best player in men’s college hockey each year. We set out to make sure that in 2012, it went to Jack. See Jack in action:

We created a microsite around the campaign theme “We Back Jack” to tell the story of his on- and off-ice achievements. Then, we established social spaces to provide timely updates, engage coaches and fans, and ensure the message to vote would stay in front of them throughout the voting period.

With the microsite and social platforms in place, it was up to Division I hockey coaches and fans to vote.

Now before I tell you whether he won, you have to watch this video of some all-star hockey (a.k.a Jack doing his thing):

You can watch fans react to the announcement of Jack Connolly as the 2012 Hobey Baker Award winner in this video:

Since winning the award, Jack, also a three-time All-American, has committed to playing for a professional league in Sweden. Check out this article the NCAA wrote about him.

We’re proud to have helped a hometown hockey hero gain the recognition he deserved for being such a stellar athlete and person.

Plus, who doesn’t love an excuse to celebrate all things hockey?