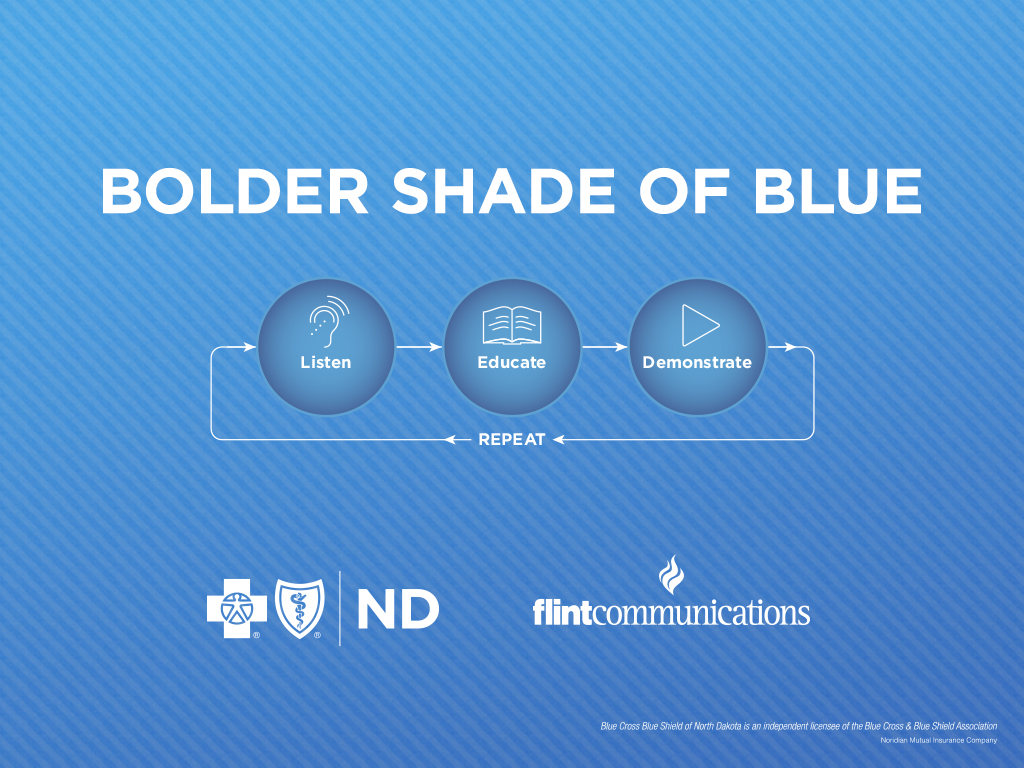 The Silver Anvil has served as the industry’s most distinguished honor for more than 60 years, recognizing the very best in public relations planning and implementation. It honors organizations that have successfully addressed a contemporary public relations issue with outstanding professional skill, creativity and resourcefulness.

BCBSND and Flint received the Silver Anvil in the reputation/brand management category for the Bolder Shade of Blue campaign, which we highlighted in a blog post a while back. More than 800 entries and 156 finalists were considered in 16 categories and more than 60 sub-categories.

Bolder Shade of Blue was an integrated, multiyear campaign aimed at restoring trust in BCBSND and repairing the brand’s reputation.

As BCBSND’s strategic marketing partner, we started with research to gain insight into what North Dakotans think about health care. We then developed campaign materials to:

It’s an honor to receive this prestigious award. More importantly, it’s an honor to work with a company like BCBSND – an organization that, like Flint Group, is committed to the success of those it works with.