A haunted ad agency? Take a spooky look at our Fargo office. 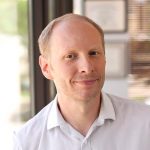 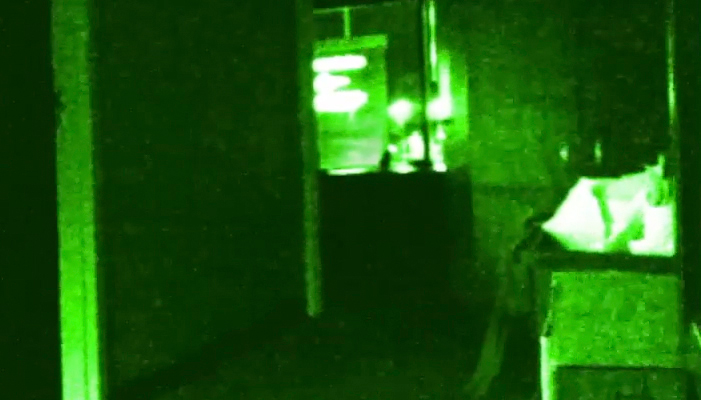 There are many hazards of working in marketing and advertising. On any given day, you’re in for late nights, tight deadlines, limited refrigerator space, coffee shortages, touchy creatives and sometimes ghosts.

Everyone at Flint has heard about unusual things happening late at night in our building. Some have even experienced it. From time to time, you’ll hear about a co-worker toiling late into the night and experiencing the unshakeable feeling that someone is standing and watching, right behind. There are other accounts of being tapped on the shoulder by nothing in particular. Or you hear about kids, at work with their parents after hours, who are greeted by a friendly little girl while roaming about the building. And what should we make of the crying baby sounds that come from the AdFarm office on the weekends?

Renae Mund takes care of the building after hours. According to her, and other building staff who preceded her, there are spirits lurking in our hallways.

One is a little girl. Renae has seen her while cleaning late at night. Occasionally, she walks the hallways calling “mama, mama…mama!”

She’s also seen a distinguished gentleman from time to time, wearing a long coat or possibly a cape. One evening, she saw what appeared to be a dog, or maybe a wolf, running through the building.

Why would Flint Communications be haunted?

Our building in was constructed in the mid-80s. While the building itself doesn’t go that far back, the history of downtown Fargo does. Our neighborhood has been home for many residential buildings, businesses and organizations. It’s possible that if any spirits exist, they are connected to the site where our building is located.

Jodie Harvala is a psychic medium from Fargo, North Dakota. You can also call her an intuitive, psychic, psychic teacher… She describes herself as someone who works with energy. She actually spends a lot of time investigating spirits and clearing them from buildings and homes.

Years ago, Jodie worked in radio. She actually spent some time in our building during her previous career, and was able to recall the presence of a woman who may be in her 40s, 50s or early 60s.

“I feel like she is not out to scare anyone, but more to get attention,” Jodie said. “I feel she is pretty lonely and enjoyed people when she was alive.”

I asked her a bit about our little girl and the man with the long coat. She mentioned that the girl seemed like she was about seven years old. She also thought that the dog might belong to the man.

Jodie mentioned that our location is probably pretty haunted, but not in a bad, TV-show way.

“Vibrations attract vibrations,” said Jodie. “Flint has that creative energy flowing through it…the energy attracts the spirits who are looking for that high vibration. Creativity can also feel a little chaotic—so once in while it will pull in more chaos then it needs to.”

Ghost Hunting on the Job

In the years I’ve worked here, including quite a few late nights in the office, I haven’t seen or heard anything unusual. But I’m kind of a skeptic. If I heard a sound, or saw something strange, I’d probably brush it off as my imagination. Imagination comes in handy around here, after all.

Still, in the spirit of Halloween (pun intended), some co-workers and I decided to check it out. Last week, Jim Bolluyt, Jessie Johnson and I examined the area with a night vision camera.

We were pretty surprised at what turned up in our footage! Take a look.

What do you think? Is Flint Communications a haunted ad agency?

Special thanks to Susan Fuglie, who helped connect me to Jodie Harvala.

The process of copywriting is a kind of a controlled, focused daydream. Phil used to get in trouble for daydreaming in class, so being allowed to do it while paying the bills is one of life's sweet victories. (Take that, 3rd grade teacher!) When you get down to it, Phil just loves to write. He enjoys hearing the music in a finely crafted sentence and making the words do what you want them to do. (What do you want your words to do?) Over more than 20 years, Phil has worked for big global brands, small startups, and just about everything in between. He has a special affection for loud, left-of-the-dial music like Ramones, Guided By Voices, Cheater Slicks, Teengenerate, etc. Thrash metal, like Slayer or Exodus, is great music to write to when concentration is a must.