Women in business – Part 1: Working together 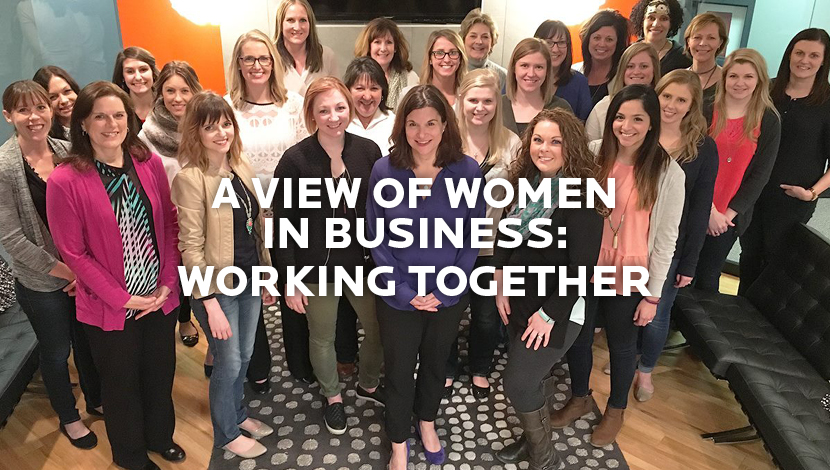 We’ve seen a resurgence in feminism across the country this year, due much in part to a president who is confusing at best in how he views and supports (or doesn’t support) women. This has spurred a barrage of articles on women’s rights, the suppression of women, what we are or aren’t capable of, etc. I appreciate the dialogue, but it is maddening that we are, in many ways, having the exact same conversations that were had when I graduated from college (and that wasn’t just yesterday, folks!). In many ways, it feels like we’re moving backwards as women, both personally and professionally.

As women in business, we experience this lurking juxtaposition of emotional intelligence and simply being female. Many of the challenges I’ve seen women face in workplace situations involve other women. These are challenges that could be solved by considering how we might be contributing to the problem and stepping up to become part of the solution. And that’s not easy because we don’t always see the solution in ourselves.

The Challenge: Women vs. Women

I want to focus on one challenge that has plagued me as a business leader over the last few years: when we have to confront an issue or let people go. I’ve seen many women blame other women if they are cut from a position or even given constructive feedback. I’ve heard women complain and hold other women responsible for problems instead of speaking directly to each other and looking inward for a solution. Negative attitudes have been on the rise, as well as a pattern of taking personal offense to business decisions that aren’t meant to be personal and aren’t taken lightly.

I’ve also seen many women question their leadership skills. Studies have shown that women who are offered positions above their experience levels question their capability of taking on the job much more often than men do. All of this has led to a lot of distrust and disadvantages among women in the workplace and beyond.

It’s Time We Have Each Other’s Backs

More now than ever, we really need each other’s support to move forward. I propose that as women, we start being stronger supporters of each other. We can better understand the situations we’re dealing with when we open up communication instead of pointing fingers. We can use emotional intelligence to our advantage when we set positive examples for others and practice what we preach. I used to say that we need to take the emotion out of our work, but now I believe the better approach is to channel that emotion into more positive directions.

10 Tips That Have Shaped the Way I Work With Others