Women In Business — Criticism and Confidence 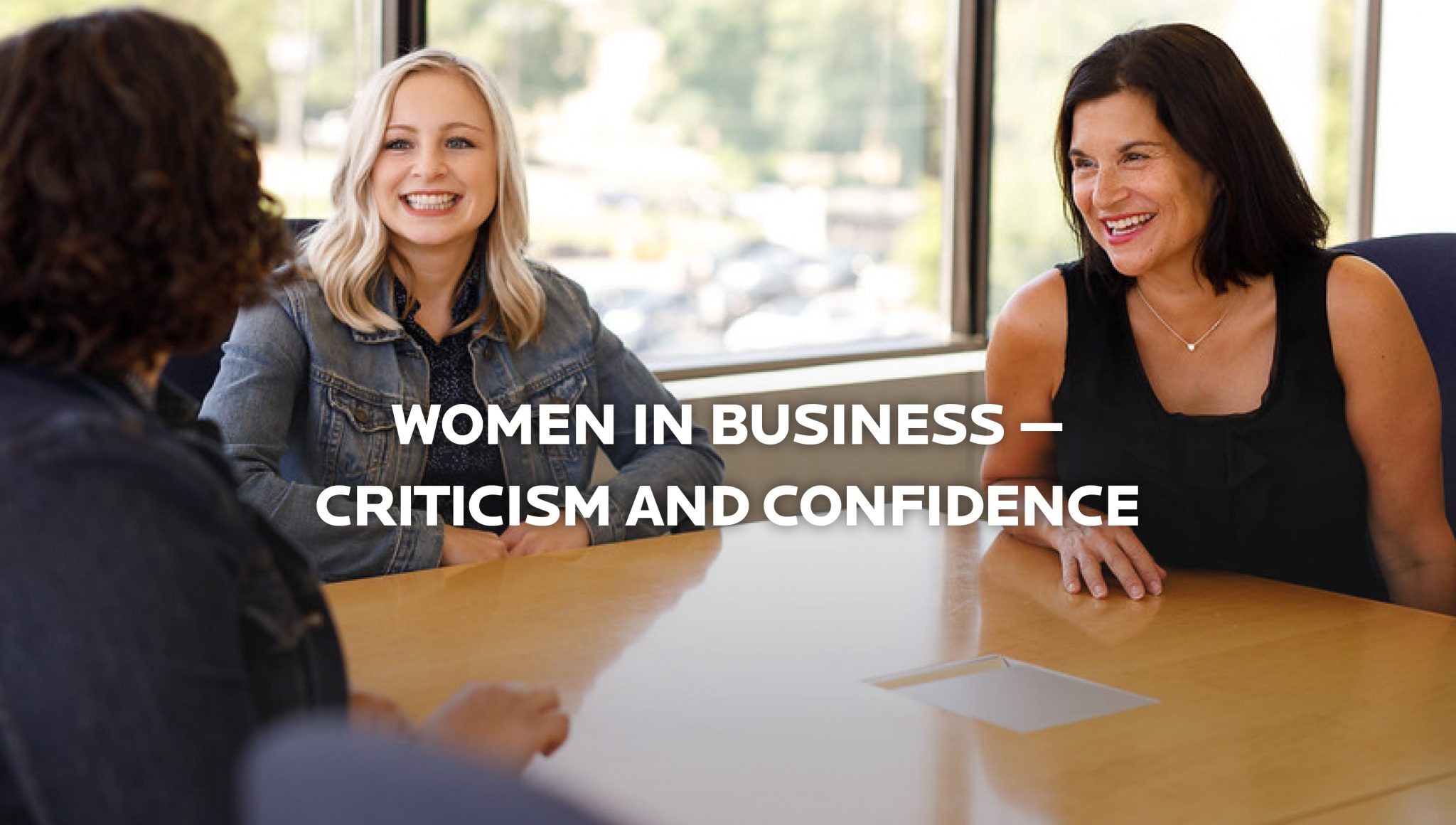 In the early ’90s, I started my second “real” job. The CEO of the company I worked for was a huge fan of Theodore Roosevelt – so much so that he had a passage from Roosevelt’s “Citizenship in a Republic” speech hanging on the wall as a reminder to his staff. Admittedly, I didn’t really get it at the time. But now I do. I thought it had something to do with resilience, and that’s about as far as I went with it. When the passage resurfaced in Brené Brown’s book, “Daring Greatly,” it suddenly became much clearer. It is so relevant in society today and has taken on new meaning in my life.

“It is not the critic who counts; not the man who points out how the strong man stumbles, or where the doer of deeds could have done them better.”

We are all guilty of this, aren’t we? We see a leader or colleague mess up, or maybe do something in a way that isn’t how WE would do it. It’s incredibly easy to point out the errors and the stumbles when you are sitting in the bleachers watching. Or worse yet, when we are hiding behind our social media persona throwing out shade. But how many of us say, “Hey, Critic, at least she was out there getting after it”?

Great leaders are brave enough to come up short

Consider how you fit in this: “Because there is no effort without error and shortcoming; but who does actually strive to do the deeds; who knows great enthusiasm, the great devotions; who spends himself in a worthy cause.” Are you the one who is brave enough to make the error? To come up short? Or, are you the one blasting whoever is attempting to move things forward? I know I’ve been on both sides, sometimes the critic and sometimes the doer. Very often, I’m listening to the critic criticizing someone else. I’m also frequently on the receiving end of the criticism.

I think of the times that I’ve taken risks and spoken my mind or given a presentation. I often will spend ridiculous amounts of time rethinking what I said. Obsessing over negative reactions. I’ve conditioned myself to react to the critics. But I would rather be the person attempting to move things forward than the person blasting whoever is braving the territory.

The passage continues: “Who at the best knows in the end the triumph of high achievement, and who at the worst, if he fails, at least fails while daring greatly…” What if we took this approach more often and considered our bravery in putting ourselves out there rather than fixating on where we tripped up? It is especially difficult for women, because the judgment is swift and it is harsh. It’s also far worse in our own heads than it is in reality. Think about this: In addition to whatever the action or message is of the woman, it’s commonly tied up in things like, “Can you believe what she was wearing?” “She has put on a lot of weight.” “What is with her hair?” Whether it’s external or internal, criticism can kill our confidence.

Read Roosevelt’s speech in its entirety.

In hindsight, I wish I had understood the depth of this passage earlier on in my career. Confidence is tied so closely to criticism and how we process it – it would have been valuable to understand that at a younger age. My ability to appear confident has ebbed and flowed throughout the years. As I’ve aged, my understanding of when and how to appear confident has strengthened and has helped me in various leadership positions. A friend of mine expressed to me how she thought I was so confident when we were in high school. Nothing could be further from the truth. On the inside, I was twisted with all the fear from the “critics” that Roosevelt so eloquently describes. But I strived to prove the critics wrong which is why I put myself out there time and time again. Believe me, I have taken my fair share of hits. Over time I’ve gotten more comfortable with tripping up and falling down, and I’m much less intimidated by my critics. Instead, I am often fueled by them.

It’s not that easy, though. We are a society of opinionated observers. Social media and more automated feedback loops give critics opportunities to register even sharper criticism. (Back seat drivers are everywhere.)

The tie between emotional health and confidence

Our confidence gets intertwined with likes and comments on social media as well as how we interpret glances and comments, or any feedback, really. Women think through things differently than men. We are criticized differently. The backlash when we open our mouths is different. We, women, are often fixated on the idea of being liked. So much so that not being liked erodes our confidence, in turn teaching us to internalize our thoughts.

This is a great article on why our obsession with being liked is dangerous.

“Let’s be clear. There’s nothing wrong with being liked. But the desire to be liked is what can get us into trouble. This desire to be liked, whether it’s wrong or right, has a critical relationship to power. The qualities we tend to like in women (modesty, humility) are not the qualities that get professional recognition. Qualities we tend to like in men (self-confidence, assertiveness, asking directly for what you want) are the same qualities we uphold in the business world. Those are the qualities that get us ahead in our careers. Leaders don’t wait to be called on. They don’t cower when someone disagrees with them. I would argue confidence is a skill not a quality, and it’s taken me years to get comfortable ruffling some feathers.”

Being liked and feeling confident feeds our emotional reactions. Recently, my daughter had an issue at work that she was determined to do something about rather than sit back and complain. (I like to think I encouraged that!) When she met with her bosses, she sort of emotionally fell apart. My reaction to her telling me this was, “Have I taught you nothing? You need to leave the emotion out of it. Stay calm. Stay cool. Stay collected.”

But is that the best advice? I made it through the ’90s by burying my opinions and only speaking up when I felt I was calm enough to be rational. And to have an opinion, I thought you had to know ALL the things. As a female leader, I want to work harder to understand those emotional triggers for people and help them to verbalize those parts of themselves in a safe way as it pertains to work. In turn, my hope is that will build more confidence in the conversations and embrace the passion that we work so hard to diminish as we keep our emotional reactions in check.

Our emotional health and our level of confidence are closely tied. What I’ve seen with my daughter is that although she is more expressive than most (theater girl), when she feels less confident her emotional control wanes. I can see that in myself when I think back on critical times of my career. Therefore, your emotional reaction to criticism impacts your confidence and it’s one big, ugly cycle. When confidence is lost, when criticism is taken to heart, it destroys our ability to ideate. It destroys our desire to show excitement or passion. We teach ourselves to not say anything until it’s “safe,” and we know exactly what we are talking about. That’s why women don’t speak up.

“When learning and working are dehumanized – when you no longer see us and no longer encourage our daring, or when you only see what we produce or how we perform – we disengage and turn away from the very things that the world needs from us: our talent, our ideas, and our passion.”

I’ve been thinking about how I can be more proactive with my behavior and how I can help other women hang on to their confidence.

Here is my advice.

Don’t let the naysayers bring you down. If nothing else, remember: You are the one who is actually in the arena!